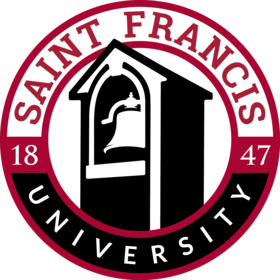 Saint Francis University in Loretto, PA is the oldest Catholic-Franciscan college in United States. Our mission is to help students grow into compassionate, successful professionals through a culture of generosity, respect, discovery and joy.

Saint Francis University in Loretto, PA is the oldest Catholic-Franciscan college in United States. Our mission is to help students grow into compassionate, successful professionals through a culture of generosity, respect, discovery and joy. 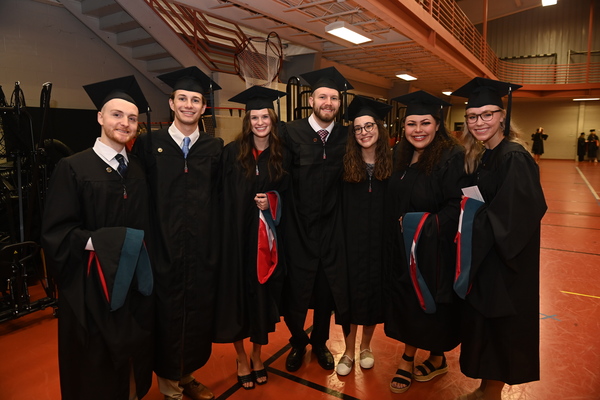 2022 Commencement
Saint Francis University congratulates approximately 700 students who received their degrees on May 7-8, 2022.

Graduation - May 31
Saint Francis University Students Named to President's and Dean's Lists
Congratulations to the 815 Saint Francis University students named to the Spring 2022 President's List or Dean's Lists. To achieve either honor, students must have full-time status and attain a quality point average of 4.000 (President's) or 3.500 (Dean's) on 12 or more credits during a single semester, with no continuing or incomplete grades.

Honors List - Jun 8
Saint Francis University Orientation Directors 2022
SFU is proud to announce the 8 students selected to serve as 2022 Orientation Directors. These talented students will lead a team of 40 student volunteer Orientation Counselors to provide a first-class onboarding experience when the Class of 2026 joins the Flash Fam in August. These volunteers sacrifice the final weeks of summer, at no compensation, in order to ensure that first-year students have an exceptional transition into University life. 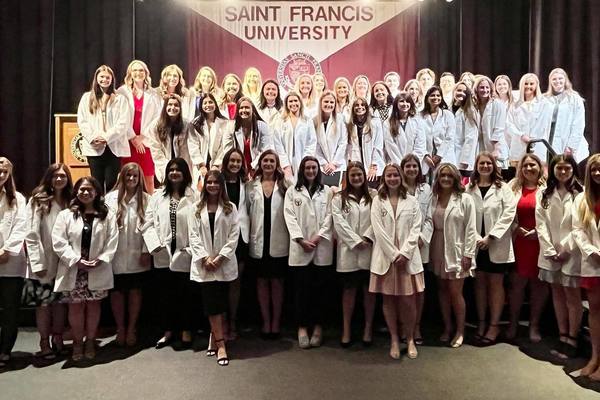 White Coat Ceremony for Saint Francis University PA Students
On May 1, 2022, the Department of Physician Assistant Science at Saint Francis University held its annual White Coat Ceremony marking the end of the first year of training and transition into clinical education. The students recited and signed a modern version of the Hippocratic Oath, which reminded them of the vow to provide ethical, confidential, and compassionate care to the patient and not their illness, keeping the patient's best interest in mind. Students were presented with and donned their white lab coats to affirm their role as future health care providers. 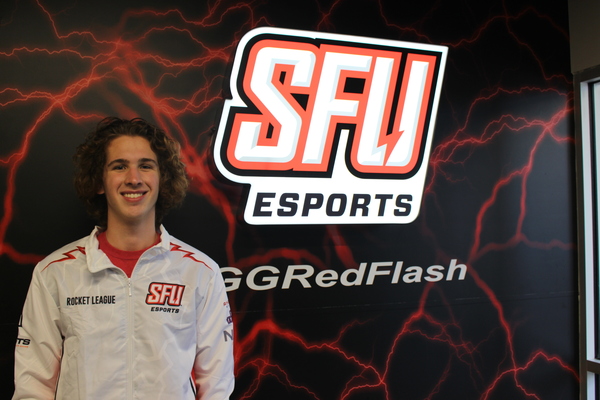 Napora named Conference Player of the Week
The Eastern College Athletic Conference (ECAC), announced their inaugural Player of the Week and Rookie of the Week recognitions for the very first time in their esports division. Saint Francis Esports was represented on the list of players by Tyler "Nap" Napora from Windber, PA. Nap is the the Team Captain for the SFU Esports Rocket League White team, who is currently 3-1 during the fall 2020 conference competitions.Nap was recognized for his leadership as Team Captain during his team's comeback victory during week 3 against Nazareth College's Gold team. The submission for Nap's recognition on the ECAC website states, "After going down 0-2 against Nazareth last week in a duel of undefeated teams. Tyler was able to lead his team to victory by re-evaluating their team's strategy and maintaining a cool, calm composure within the arena. This leadership allowed his team to regroup and take control of the match to complete a reverse sweep, winning the next 3 games of the match to win the series.He was able to apply pressure on the other team taking many shots on goal in order for his team to set and maintain the temp of the match. Tyler's gameplay is balanced between offense and defense and his statistics reflect that from last week."When asked about this recognition, Nap shared the following, "I'm glad that the hard work of our team could be recognized. We hope to continue to play with the focus and fortitude that we all had at the time to complete the comeback after being down 0-2 as we look towards playoffs."Nap and the other members of his team hope to be seated high at the beginning of the fall 2020 conference playoffs that begin on Saturday, November 7th.Nap's Week 3 Statistics:Game 1) Score: 401/Goals: 0/Assists: 0/Saves: 4/Shots: 2Game 2) Score: 278/Goals: 1/Assists: 0/Saves: 0/Shots: 3Game 3) Score: 290/Goals: 0/Assists: 0/Saves 1/Shots: 1Game 4) Score: 298/Goals: 1/Assists: 0/Saves: 0/Shots: 6Game 5) Score: 372/Goals: 0/Assists: 2/ Saves: 2/Shots 4https://redflash.gg/news/2020/10/20/rocket-league-white-napora-named-player-of-the-week.aspxhttp://www.ecacesports.com/2020/10/the-ecac-announces-esports-player-and-rookie-of-the-week-recognition/ 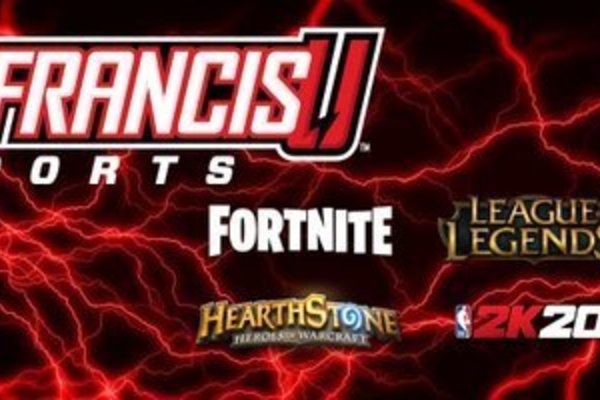 Academic competition - 2020 Jun 18
2020-2021 Saint Francis University Alta Via Inaugural Cohort Named
Saint Francis University congratulates the 2020-2021 Alta Via cohort of students to campus. The Alta Via program is a highly selective program for incoming new students who have demonstrated an interest in pursuing an intentionally Catholic college experience. Students are selected on the basis of their high school, community and parish involvement.

Accepted - 2020 Jun 8
Students Inducted into Nu Rho Psi Neruoscience Honor Society
Saint Francis University held the inaugural induction ceremony for the recently established chapter of Nu Rho Psi, the national Neuroscience honor society. Nu Rho Psi is the only nationally-recognized honor society in the area of brain research. The inducted students and faculty were invited to become members based on their interest and commitment to the interdisciplinary study of Neuroscience. The students were nominated based on their high scholastic achievement and their potential to excel as future neuroscientists. 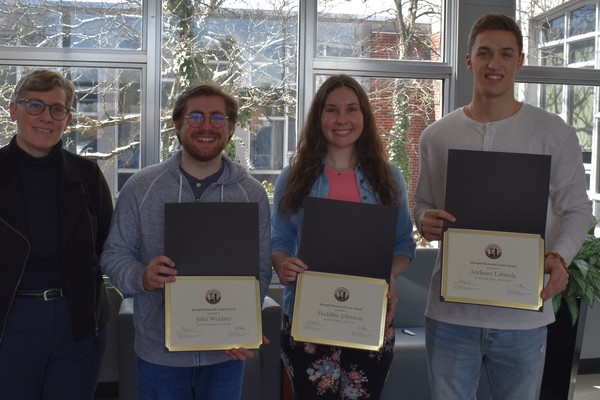 SFU Announces Intrepid Award Winners
Three students were awarded $1,000 in competitive grants for creative or service projects that are firmly grounded in the humanities. The 2019-2020 recipients are Madaline Johnston from Blairsville, PA; John Weidner from Johnstown, PA; and Anthony Labriola from Altoona, PA. 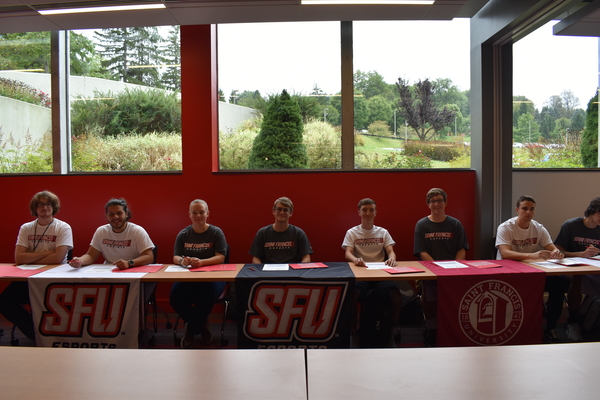 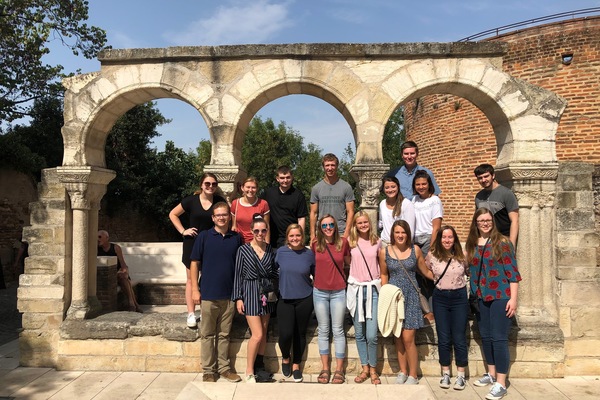 Students Study Abroad in France, Fall 2019
A group of 16 students departed from the United States to travel to Ambialet, France for a semester of studying abroad in the subjects of French, Fine Arts, and Religious Studies. These students will travel on many day trips to near-by towns such as Albi and Toulouse, as well take extended trips to Barcelona, Paris, and Amsterdam. We wish the students and faculty safe travels and we look forward to hearing their many stories from abroad! 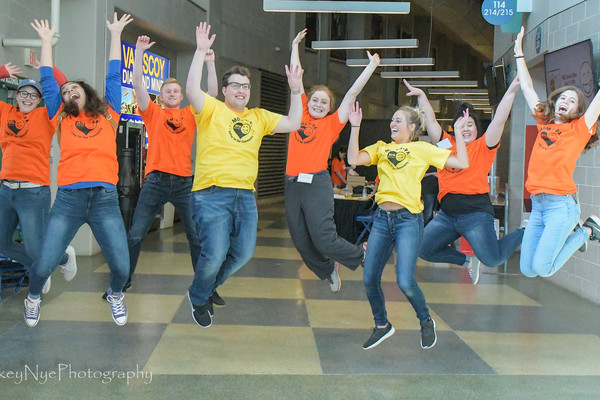 Students Participate in Domestic Dental Mission Trip
Ten SFU students volunteered with MOM-n-PA, the Pennsylvania Dental Mission of Mercy, held at Mohegan Sun Arena in Wilkes-Barre. Students improved hundreds of lives as they worked alongside nearly a thousand dental professionals, support personnel, and lay volunteers. Services were provided to patients who either lack dental insurance or are under-insured; many have been living with severe dental pain for months or years before coming to the clinic, affecting their ability to eat, work, and care for themselves and their families. 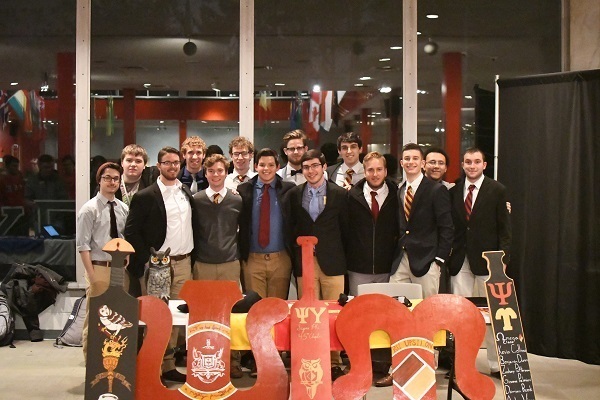 Greek Organizations - 2019 May 28
ENACTUS Team Wins National Award for Uwork Program
The Shields School of Business is proud to announce that the Saint Francis University Enactus Team has won a 2019 Enactus USA Excellence Award for the Uwork - Workforce Opportunities through Resource & Knowledge Project. 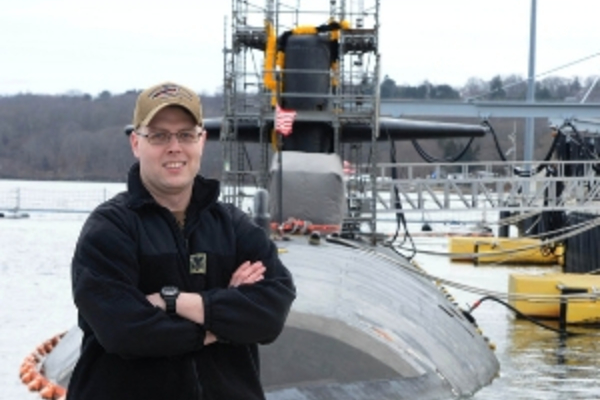 Diving In With Mike Amenti
Some students know exactly what they want to major in, and what career path they'll take before they enroll in college. But many don't. Read about Mike Amenti's non-traditional journey to complete his degrees. 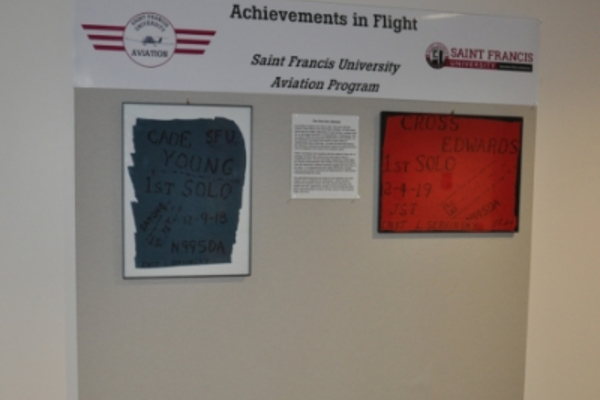 Achievements in Flight Display
The Saint Francis University Science Center has a new display hanging in the ground floor hallway. The display, curious as it is, proudly showcases a traditional mark of a pilot who has completed their first solo flight: a shirttail, cut from the back of the each Aviation student's shirt. 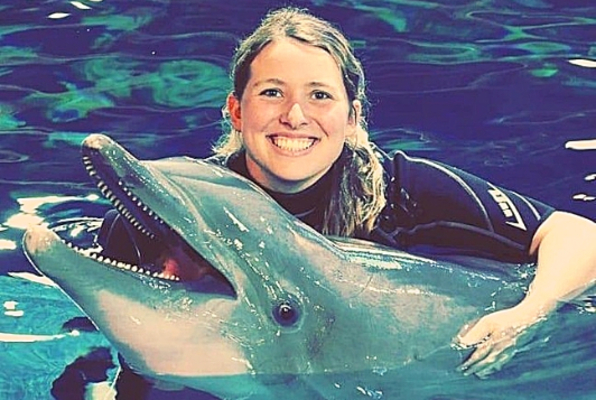 Candace Rupert: A Disney Hero
Candace Rupert, a 2018 alum with a double major of Aquarium & Zoo Science and Biology with a Marine Biology concentration, is truly living the motto of Saint Francis University, "Become That Someone." 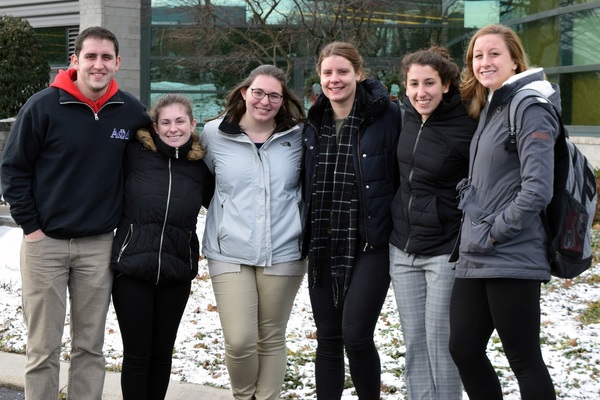