Loretto, PA (02/23/2022) — Recently, the Saint Francis University Biology department said goodbye to Dr. Larry Pion, who passed away at 95 years old. For more than 60 years, Dr. Pion taught in the biology department. His legacy in the institution is strong to this day. He served as department chair for 11 years and truly became part of the fabric of the institution.

"Dr. Pion was both a leader and an innovator," said Dr. Wayne Takacs, professor emeritus of biology and long-time colleague of Dr. Pion. "[He] added the Medical Technology program, currently the Medical Laboratory Science program. He also added the pre-professional [program]. Later, he added Marine Biology and Environmental Science. In the late '50s, he designed the biology offices and laboratories in Sullivan Hall, which opened in 1962. Later, Dr. Pion brought the Physician Assistant program to the campus."

"Larry set the foundation [for the Marine Biology program]," reflected Dr. Sue Shoemaker, professor emerita of biology. "He made SFU one of only three non-PA-State schools as a member of The Marine Science Consortium at Wallops Island, VA. It was through this affiliation that SFU marine students received in-depth marine biology courses. Larry brought the marine program to SFU for me, making my career at SFU much easier."

Dr. Pion's teaching and his courses were very well-regarded by his students. "I had Dr. Pion for a couple of different biology classes between 1984-86," said Ms. Shelley Kirkpatrick, SFU alumna and current assistant professor of biology. "The most memorable of those classes was Animal Behavior. Working with animals ranging from earthworms and mice to chicks and ducklings, Dr. Pion's labs promoted inquisitiveness, encouraged us to think critically, and nurtured us to step beyond our comfort levels in order to grow as scientists. One of my fondest memories of my time at Saint Francis College was traversing campus with my imprinted ducklings following behind me!"

Dr. Pion knew his students very well, and he used their unique experiences--and sometimes their unique pets--to enhance his classes. "I remember one time in particular," said Dr. Marian Langer, professor emerita of Biology. "He was having an animal behavior lab across the hall from my comparative anatomy lab. One of his students had brought her eight-foot pet boa for his lab to observe and he invited my class to join them. It was an awesome experience for all."

While he maintained a warm relationship with his students, Dr. Pion was a champion of rigor in SFU academic programs. Dr. Nick Leasure, an alumnus and now an oncologist at Reading Hospital reflected upon his first meeting with Dr. Pion as a prospective student in the 2000 Saint Francis College Magazine. "[Dr. Pion] sat down with me before I went to school," recalled Nick. "He said, 'I can't promise you can play basketball and be a science major. We're not going to give you any grades or anything like that. But we'll give you the opportunity to do that if you want to try to make it happen.'

"That was the right thing to say," said Dr. Leasure. "If he would have said 'you're going to come here and succeed,' then I would've known there was something to be suspicious of."

That faculty mindset is another of Dr. Pion's lasting influences. Today, there are many student-athletes who are biology majors, but their success still doesn't come by accident, reflected current Biology faculty member, Dr. Justin Merry. "We make it clear from the start that it's possible to be an athlete and earn admission to medical school at Saint Francis. We faculty will do everything that we can to provide an opportunity for the student to be successful. But it's the student who must do the learning, and it's the student who has to balance the workload between academics and Division I athletics."

"Larry Pion started teaching at SFC in 'Schwab Science Hall,' as chiseled in stone on the front of the building before Sullivan Hall was built in 1960," reflected Dr. John Trimble, current biology professor, and another SFU alumnus. "He once gave a Science Day presentation entitled 'The Rat: In defense of the whole animal' as he wanted more appreciation of animal behavior compared to the fashion of molecular biology. He also once read ALOUD (in his booming voice) a letter he wrote to Charles Darwin for our Darwin Day celebration. In addition to biology, it included mutual affection and appreciation for their very large families."

Dr. Stephen O'Brien, SFU alumnus, former chief of the National Cancer Institute, and now a member of the National Academy of Sciences, added further praise. "He taught me to set the bar very high and to love the Science. I did both."

Dr. Pion's influence didn't stop with his students. He led and mentored among his faculty colleagues as well, shaping a culture of inclusion and empowerment that still lives on. "When I first joined the Biology department, I was the only female, so it was a bit intimidating," reflected, Dr. Langer. "Dr. Pion helped to make me feel at home. He treated me with respect and as a colleague whose opinions were respected and was always willing to share his ideas and experiences to give me ideas for my classes."

His zeal for the sciences inspired his colleagues to dive deeper into their own fields. "Dr. Pion was well-read and kept current with advances in Animal Behavior, as well as in other areas of the biological sciences," said Dr. Takacs. "He enjoyed initiating conversations with his colleagues on a breadth of topics in science. These conversations sparked my desire to expand my journal subscriptions in my field of interest, as well as for the library collection."

"One bit of advice he gave me that I always kept," said Dr. Peter Skoner, current Dean of the School of Science, Technology, Engineering, and Mathematics at SFU, "is that you meet the students who walk into your classroom where they are, and you take them as far as you can." That mantra underlies the work of the biology faculty to this day.

"While we must say goodbye to the person, the legacy of Dr. Larry Pion lives on within the classrooms, laboratories, offices, and culture of Saint Francis University," said Dr. Merry, who in addition to being the current Biology department chair, also follows in Dr. Pion's footsteps as the department's expert in animal behavior. "He showed students the value of studying science and opened the door for his students to pursue the huge variety of careers accessible to biology majors. We have alumni around the nation that are physicians, physician assistants, medical laboratory scientists, marine biologists, and research scientists, and many can thank their career success, at least in part, to Dr. Larry Pion." 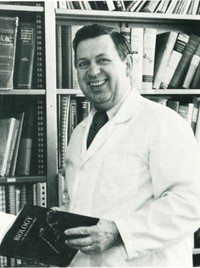 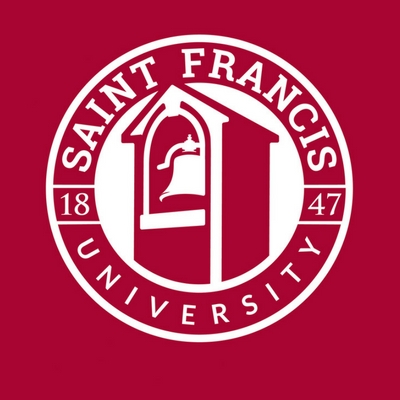